United Nations Climate Change Conference: Everything We Need to Know 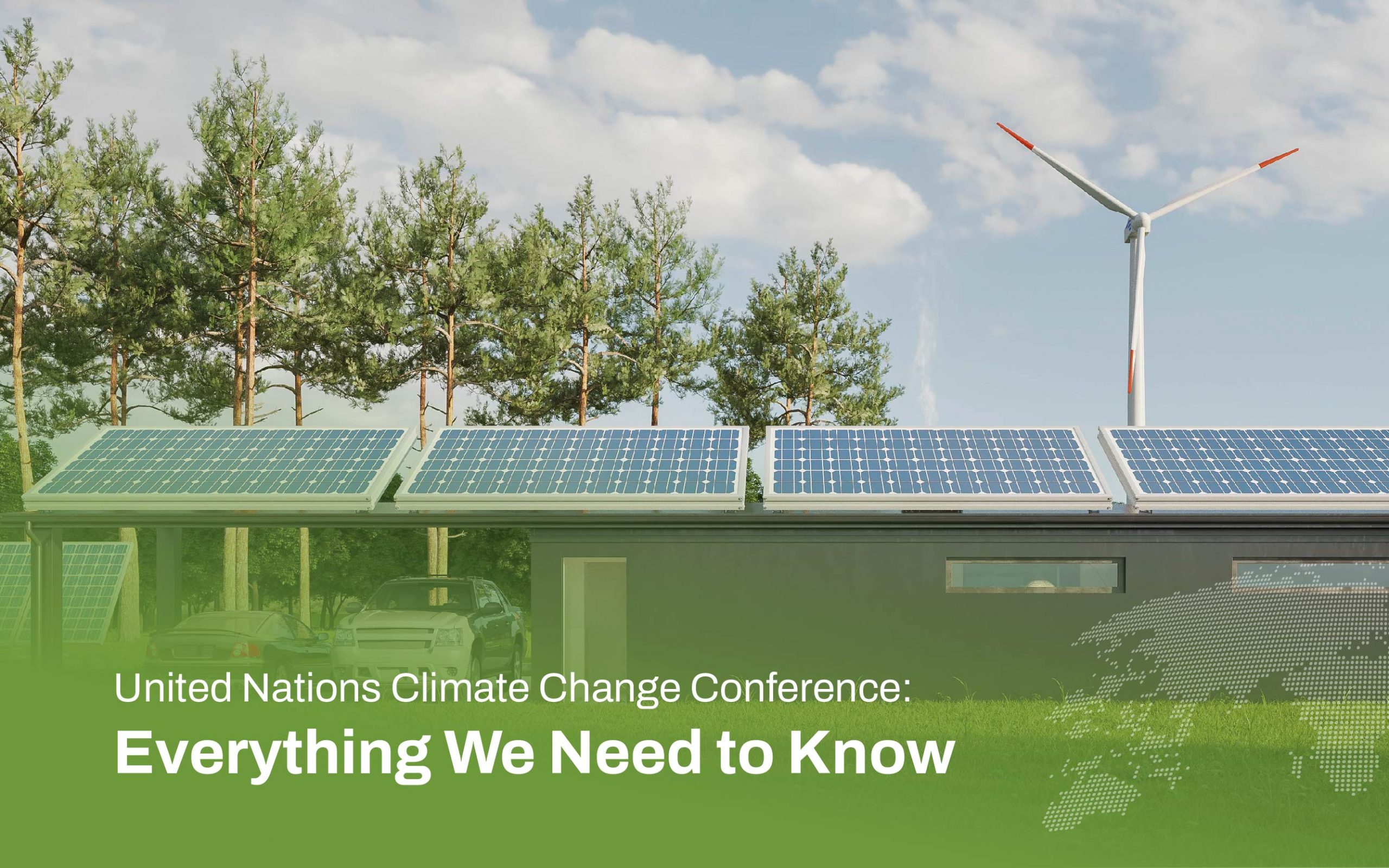 Extreme weather events related to the climate crisis, such as heatwaves, floods, and wildfires, are on the rise. In fact, 2020 was the second-warmest year on record, and the governments, as well as researchers, agree that urgent collective actions are needed more than ever before.

Since the 1990s, countries have been asked to gather in a forum every year to seek solutions to the greatest crisis in history that human civilisation is facing. That forum is the Conference of the Parties.

The Conference of the Parties

For almost 30 years, as one of the most influential actors, world leaders gathered in a major climate conference as an act of concern and seriousness in fighting climate change. The conference in question is the United Nations Framework Convention on Climate Change’s Conference of the Parties, known as COP.

The 1992 United Nations Framework Convention on Climate Change (UNFCCC) became the basis for the climate conference. The 1992 UNFCCC is a multilateral environmental agreement in which all countries are committed to finding ways to avoid climate change and stabilise the concentration of greenhouse gases in the atmosphere to a level that will no longer damage the climate system.

COP is an annual conference where various groups, including heads of government, organisations and activists from the environment, business and technology representatives, meet to find solutions to the climate crisis. Besides talking about solutions, the meeting also discusses how far each Party will give the commitments and how much climate financing they need to reduce carbon emissions.

There are two key stakeholders institutions of this conference:

The Intergovernmental Panel on Climate Change (IPCC) is a body under the United Nations (UN) which has the main task of assessing the science related to climate change. The IPCC provides regular assessments of the scientific basis for climate change, its impacts and future risks, as well as every option for adaptation and mitigation.

Although the main task of the IPCC is to evaluate climate change based on science, the institution does not conduct its own research. The IPCC collects various studies that focus on climate change and considers these studies in the decisions taken at the COP.

The UNFCCC Secretariat plays a vital role in COP every year. Together with the COP Presidency, the Secretariat is fully responsible for the entire conference agenda. The Secretariat is also accountable for implementing each climate agreement and collecting data related to climate impact from the Parties.

Who is attending COP?

Participants of the COP consisted of various groups; heads of government, organisations and activists from the environment, and business and technology representatives. The main participants of this conference are delegates of 196 countries and one regional economic integration organisation; the Parties, that has signed the 1992 UNFCCC agreement.

Observers from various organisations and environmental activists also join the conference. However, they do not have the authority to make decisions; they only have the right to obtain information about various outputs of the forum. Usually, environmental organisations hold side events aimed at attracting the general public attention to the COP and at the same time influencing the process of the conference.

There are several major landmarks throughout the evolution of COP, below are some of them:

The United Nations Conference on Environment and Development (UNCED), better known as the ‘Earth Summit’, was held on 3-14 June 1992 in Rio de Janeiro, Brazil. The 1992 Earth Summit was the first environmental summit that became a blueprint for international collective action on environmental and development issues.

Various issues were discussed at the summit. They focused on discussing how social, economic, and environmental factors are interdependent and develop together, and how actions in one sector must persist gradually for the success of another sector. The issue of climate change was also first recognised as a significant problem for the world at this 1992 Earth Summit.

Significant outcomes were also developed from the summit, such as the Rio Declaration, the UNFCCC, the Convention on Biological Diversity, and the Declaration on forest management principles.

As a continuation of the 1992 UNFCCC, the third international climate conference was held in Kyoto, Japan, in 1997. At the meeting, developed countries agreed on several negotiated goals to cut their carbon emissions. The Kyoto Protocol came out as one of the most critical general frameworks in the history of the COP.

The Protocol was signed by 37 developed countries and the European Communities. The signatories agreed on a target to reduce annual greenhouse gas emissions by an average of 5.2% in 2008-2012. There was no specific target for developing countries, but the Kyoto Protocol established climate funds to help those countries develop strategies for climate change adaptation.

The 21st UNFCCC climate conference was held in Paris, France, six years ago. COP21 became one of the most historical conferences in the world’s fight towards climate change.

The Paris Agreement was the outcome of the conference. It is a legally binding international treaty on climate change, which 196 Parties adopted. The agreement’s goal is to limit global warming to well below 2℃, ideally 1.5℃ compared to pre-industrial levels. Under the Paris Agreement, committed countries vow to carry out national climate action plans, focusing on how much emissions would be reduced. This is known as Nationally Determined Contributions or NDCs that would be discussed every five years, where governments would come back with an updated plan that would reflect their highest possible ambition at the time.

The Paris Agreement marked a milestone in the multilateral climate change process by forcing all countries to embark on ambitious efforts to combat and adapt to climate change as the first binding agreement.

2021 is crucial as it coincides with the COP26 being held in Glasgow, United Kingdom (UK), on November 1-12. After being delayed due to the COVID-19 pandemic in 2020, the annual climate conference could finally be held again.

COP26 is considered the make-or-break UN climate summit by many. This is because the world leaders and experts would review the progress on the Parties’ commitments under the Paris Agreement’s target of keeping global warming to well below 2℃ above pre-industrial levels and continue attempts to limit it to 1.5℃.

What’s more, success in Glasgow could help bend the carbon emissions curve downward, providing a way to slow the pace of climate change. Failure at this summit could further delay the decarbonisation of the global economy and create the sharp rise in temperatures that researchers say could lead to more extreme weather events.

After nearly two weeks of negotiations, COP26 finally established a new pact called the Glasgow Climate Pact. Quoting from the UN Climate Press Release, COP26 succeeded in reaching a consensus in addressing climate change. Adaptation, mitigation, and financing remain the three main pillars of collective climate action and will continue to be strengthened and supported by the Parties.

The target to limit global warming to 1.5℃ continues to be maintained, with several new achievements in the aspects of coal, cars, cash, and trees, as revealed by the UK Prime Minister, Boris Johnson.

More than 190 countries have agreed to end the use of coal power, including the top 10 coal-power countries. The Parties welcomed the call to at least double finance for adaptation. The duty to fulfil the pledge of providing 100 billion dollars annually from developed to developing countries was also reaffirmed. In addition, more than 100 world leaders representing over 85% of the planet’s forests are committed to ending and reversing deforestation by 2030.

However, this is a fragile win as the pulse of 1.5 is still weak, quoting from COP President Alok Sharma in his media statement. The progress made in Glasgow will be judged not only because all Parties have signed up but also on whether they meet and deliver those commitments in the future.

The Asia-Pacific region produces more than half of global emissions and is home to some of the most vulnerable cities and small islands. The region is also exposed to all major types of natural hazards and dominates disaster impact categories across the world. In fact, people in the Asia-Pacific region are four times more at risk of natural hazards than people in Africa, and 25 times more than those in Europe.

Therefore, building resilience is the key to climate adaptation and mitigation. UCLG ASPAC believes that any efforts to tackle climate change in Asia-Pacific can contribute to the overall international efforts. In addition, UCLG ASPAC fully understands that the role of local governments and cities is crucial in building climate resilience as a response to the crisis we are facing. 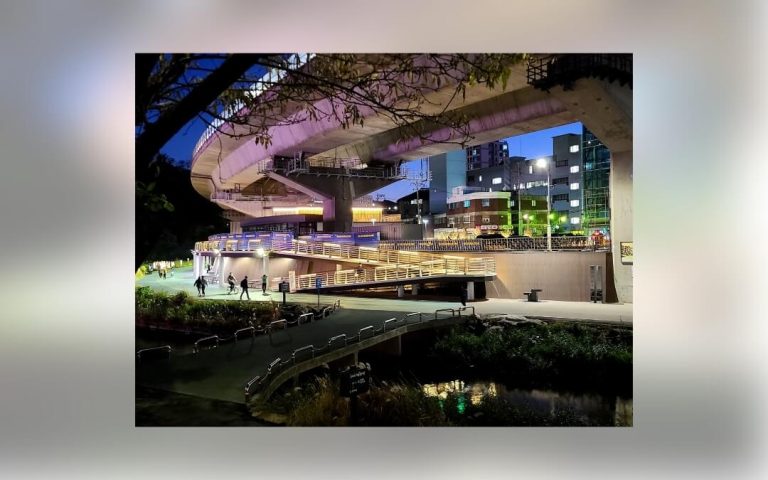 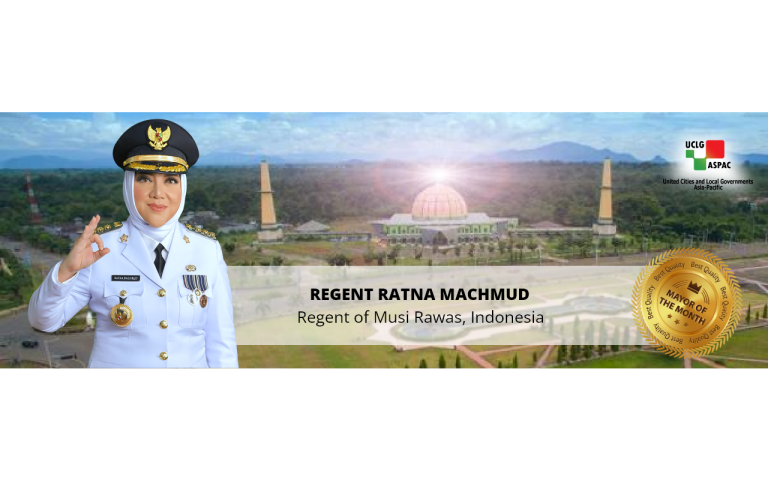