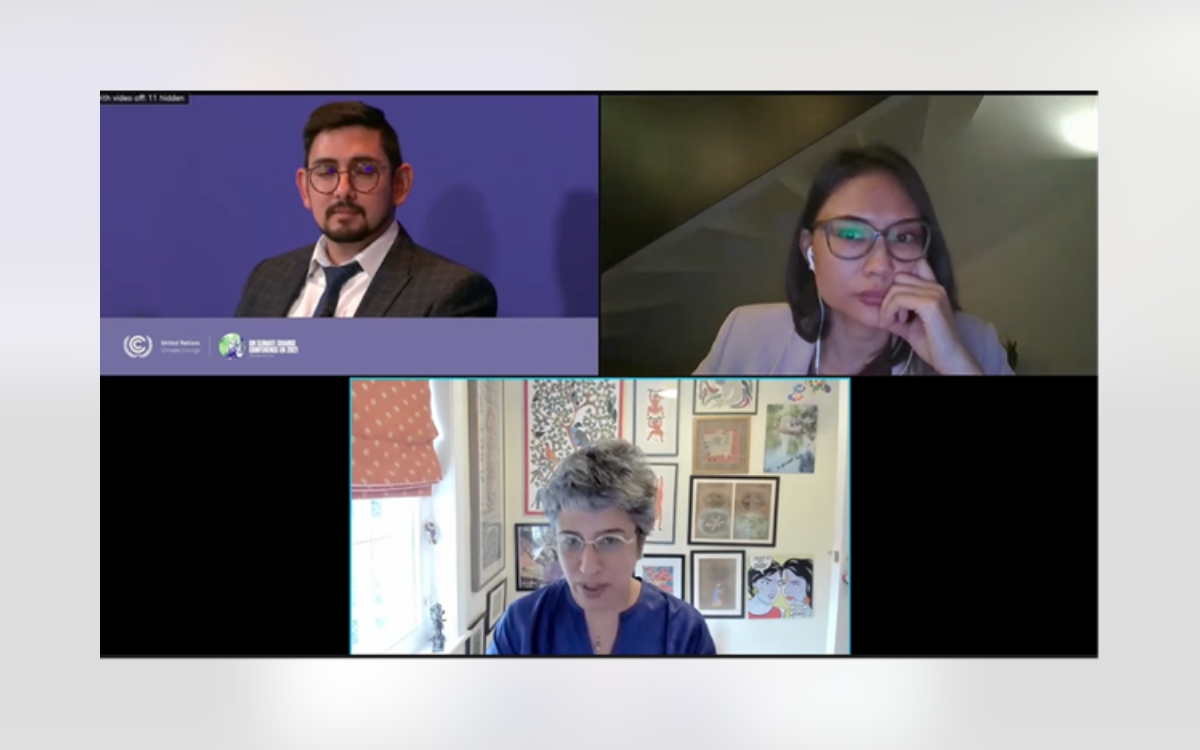 Climate change and the multifaceted impacts could no longer be denied, particularly affecting the most vulnerable communities whom are mostly on the frontlines of the climate crisis such as women, the rural and urban poor, Indigenous Peoples and communities of the Global South. This brings up the issue of climate justice, which has now evolved from a concept to a movement; describing the gaps between those contributing the most to the climate crisis and whom are paying the highest price.  In other words, there is a need for decision-makers to fully recognise the impacts of climate change on human lives through a climate-justice approach, especially now that more communities in the Global South are urging governments to start decarbonising economic growth.
During COP26, there were numerous side events that which discussed the importance of a climate-justice approach in climate action, such as one jointly-organised by The Government of Ecuador, HELVETAS Swiss Inter-cooperation, the alliance Voices for Just Climate Action (VCA) and Andes “Resilientes” project. It was an opportunity to discuss one of the essential elements of climate justice, which is better, and more substantial climate finance. This is important as developed countries were tasked with raising $100 billion a year to invest in climate technology in efforts to mitigate the impact of emissions; a goal that the COP26 highlighted as one that needs more effort. In fact, today only a fraction of climate finance is reaching local communities or is invested according to their needs. Therefore, this side event also brought together the voices, perspectives and experiences of local governments, civil society and financing organisations from across the globe.

Anju Sharma, Lead of Locally-led Action, Global Centre on Adaptation started the event with an analytic outlook on local climate adaptation actions and the financing challenges they face, where she revealed that local communities are still “caught up in the bureaucracies” of climate financing. They are also often times in need of support in identifying their needs, meanwhile local governments also require the capacity building to be accountable to communities through financing local climate action projects. The multi-layered challenges does not end there, because national governments also tend to struggle with financial demands being made on the budget allocated for other sectors.
“They also have limited access to international funding, which are often fragmented, needing external consultants to make proposals for multilateral partners such as the World Bank, Green Climate fund because of prolonged access to modalities; taking months for projects to go through the whole system which is too late for the immediate help communities,” she said. Therefore, she suggested a need to re-wire financial systems for net-zero targets so that it works for communities that are being most harmed by climate change. “It’s not the communities that is accountable for funders, we need to make funders accountable to communities,” she highlighted.

Accountability, and placing the focus the needs/adjusting to the needs of local communities was echoed by Tisa Mafira as Associate Director of the Climate Policy Initiative Indonesia. With the example of a village in East Kalimantan, she highlighted that climate action tends to be designed based on the offer of finance, instead of the offers based on the needs and challenges of local communities. There is also an aspect of assumptions towards local communities who had to alter their provision of livelihoods due to national plans and projects that cause harm to the environment and contribute to climate change such as palm oil extractions.
“In East Kalimantan, the available financing is capacity building for sustainable palm oil with the assumption that they rely on palm oil for their livelihoods and what they need is to make it more sustainable. We discovered that communities do not necessarily profit from these plantations, and instead need to be able to re-plant crops like rice, corn and pepper which are now being replaced by mono crops. They are no longer food secure and they need the financing and knowledge to re-plant these varied crops,” she explained.

Therefore, governments and climate financial providers need to also re-craft the financial modelling, and citizens, practitioners and experts need to speak to banks and development institutions. Furthermore, Tisa also provided an insight of how communities such as fishermen have different source of income that are not monthly, but are in the forms of assets like a patch of land with trees, or a boat that need to be considered. “These assets have not been well-understood by public and private sectors to protect the most vulnerable such as those living on the coastlines, small holder farmers,” she added.

Melchior Lengesfeld, Executive Director of HELVETAS acknowledged his insight representing an alliance of NGOs working with 85 countries to place attention on adaptation at the local level. An example is protecting families from the impacts of climate change, securing food for coming years and ensuring equitable access to clean water by enhancing the role of local governments. “National governments need to device and enable financial services where local governments can have a bigger role in identifying and empowering the needs of communities, to take into account the local perspectives of climate action,” he said.

Following to that thought, Dr. James Sankale as Chief Officer of Environment at the County Government of Kajiado, Kenya agreed that collaboration is key to bringing local perspectives into successful action with the example of conservation work with HiVos, as well as working with communities in using clean energy for cooking which required, according to him, an essential method of research to formulate contextual solutions. “Together we did a baseline survey to bring to speed, identify locally what kind of clean energy resources reside in their areas and in regards to deforestation, local citizens are trained on how to increase tree cover,” he explained.

Anju Sharma responded by saying best practices like these need to be replicated, with the example of the country climate funds in Kenya are part of the local government budget, and working together with urban informal settlements like what is being done in Nairobi, for example can contribute to climate resilience. In addition to that, speakers from Ecuador (Gustavo Manrique Miranda, Minister of Environment of Ecuador) and Peru (Ruben Ramirez Mateo, Minister of Environment of Peru) said that improvements still need to be done in terms of inclusivity, such as involving women in local policy making and many more.

To close this side event, Bianka Kretchmer as Climate Change Analyst concluded that better efforts need to be done in identifying the gaps in climate finance as part of ensuring climate justice, such as policy changes of distributing climate finance that are fit to the needs of vulnerable communities and strengthening collaboration that can enable better public and private financing of local solutions. 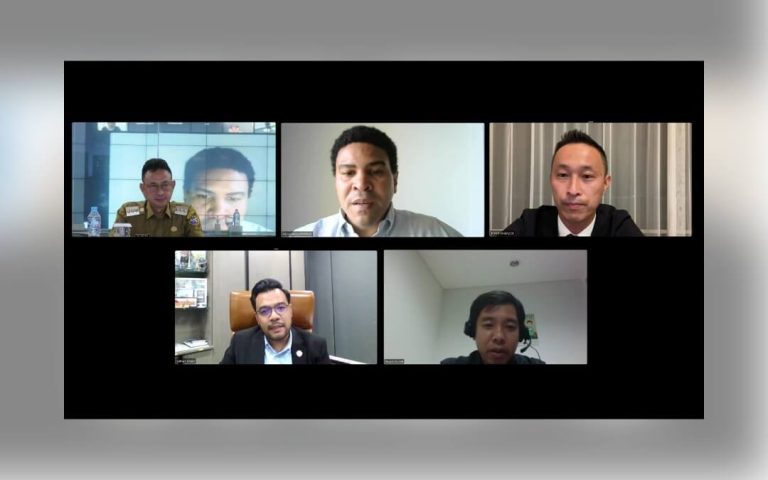 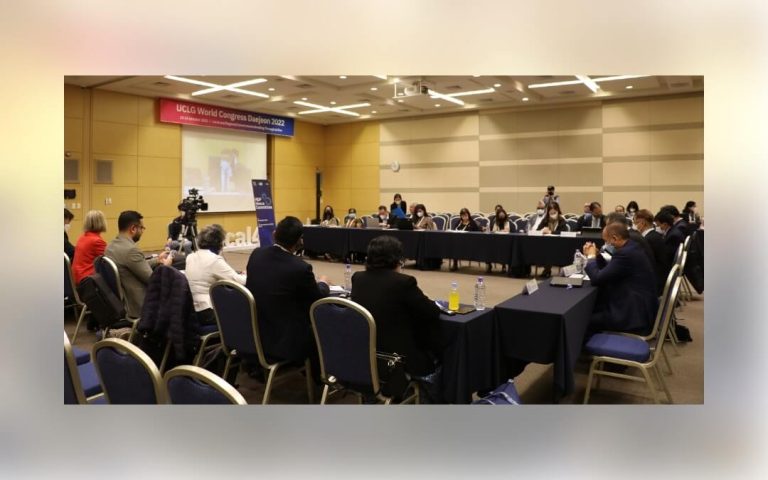