LOCAL Government Associations (LGAs) have an essential role to strengthen capacity of local governments and to represent as well as to bring local governments’ voice and interest to national government. They stand to improve the image and reputation of local authorities and serve as a critical source of information for their members, central government and outside partners. Given their functions to promote better local governments, LGA needs to develop a strong governance and management in their internal organization.

The study was then carried out through the collection and quality control of data on national and regional local authorities associations and the submission of a profile of each association (both based on the proposed survey and on complementary documentation). Promoted by PALTFORMA, this research on “Study on Local Authorities Associations of EU Partner Countries” is based on the comprehensive elements including governance, management, programme and services delivery, communication and networking, human resources, and also strategy development. Each of the elements has indicators to measure the development stages of LGA starting from basic until excellent. However, not all indicators and elements can be used considering the characteristic of the questions in the questionnaire. Simplification therefore was done by grouping the indicators to avoid overlapping as well as to deliver deeper analysis of the content.

The assessment was conducted in ten (10) countries in Asia involving fourteen (14) local government associations grouped into two (2) sub-regions which are South-East and South-West. The study has shown that there has been a wide range of performance of LGAs in Asia. Despite efforts made by LGAs to provide services to their members, all LGAs do not still have financial sustainability. Most revenues collected are sufficient to cover the overheads and operational expenses; while there is still high dependency on external donors to carry out programmes and activities. High dependency on external agencies may have some implications as the LGAs may not have abilities to design their own programmes or may have to follow donors’ interests and scope of works. 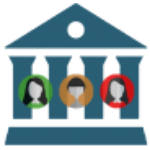 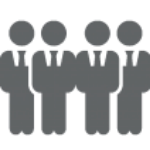 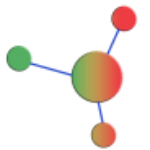