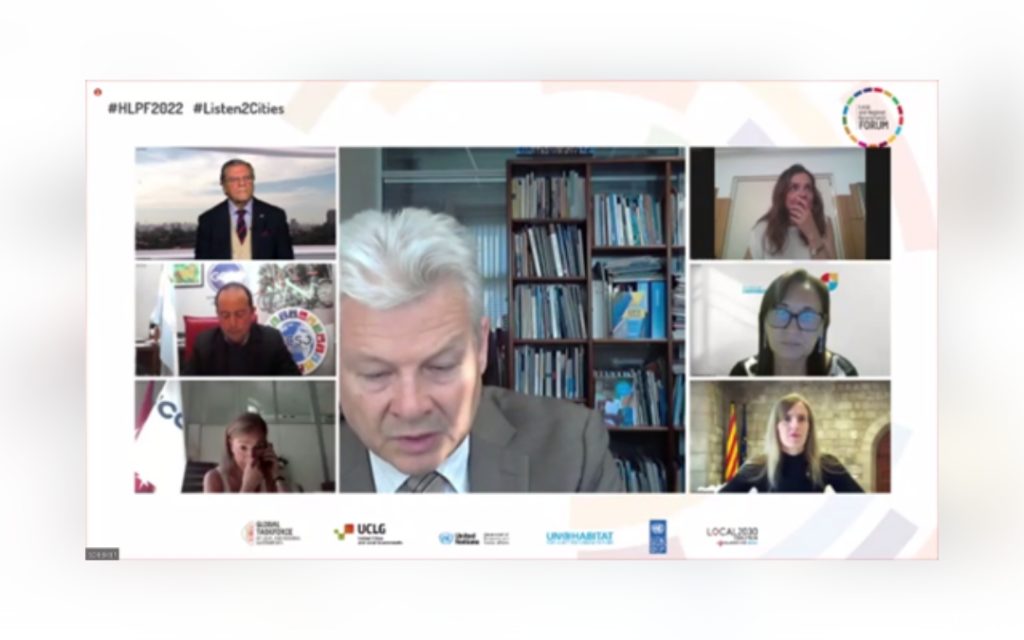 As cities in the world are actualising the Sustainable Development Goals (SDGs) by 2030, Local and regional governments play an essential role in influencing, attracting, and implementing the SDGs agenda in their working area. Strengthening decentralisation to accelerate SDGs became the opportunity cities need to take, especially in the process of localising the SDGs. The localisation of SDGs offers a new opportunity for local governments and other local stakeholders to engage and collaborate effectively to implement the value and actions of the SDGs in the local context.

Besides planning and implementation, a crucial stage in localising SDGs is through reporting and monitoring. Recently, national governments have become increasingly aware of the potential of local action and local monitoring for SDGs implementation, specifically through Voluntary Local Reviews (VLRs) and Voluntary Subnational Reviews (VSRs).  Specifically, these documents are an analysis of the SDGs for a specific local context, and thus an important tool for SDGs implementation at city or regional level. (More on UCLG ASPAC’s role here) In response to that, the fifth edition of the “Local and Regional Governments Forum – Fostering the achievement of the Sustainable Development Goals from the Local Level towards the 2023 SDG Summit” held a special High-Level Event on the occasion of the 2022 United Nations High-Level Political Forum (HLPF). On July 7th 2022, speakers joined a panel with the headline “Moving Beyond Reporting: Multilevel Governance and Multistakeholder Collaboration”.  At this panels, speakers convened and expressed their statements based on various guiding questions such as how multi-level governance is supporting with the establishment and scaling up of partnerships for SDGs implementation. Rafael Tuts, Director of Global Solutions Division, UN-Habitat (United Nations Human Settlements Programme) as he moderated the panel, stated in his opening statement that VLR and VSR are proven not only as useful tools for reporting and monitoring, but also to advancing different dimensions of SDGs localisation. Important to note that VLR and VSR help the integration of SDGs into city strategies and city budgets.

The first panellist was Mr. Datuk Seri Mahadi Che Ngah, the Mayor of Kuala Lumpur. He explained Malaysia’s commitment in the preparation and report of  VNRs every four years, which was also inspired by the nation’s commitment.

He mentioned that the Kuala Lumpur VLR was put in place in 2021 to ensure the alignment of SDGs’ progress with national goals and policies. This tool has enabled Kuala Lumpur city to better identify the gaps and challenges, as well as priority actions in localising and implementing the SDGs in the capital city.

For example, the utilisation of the VLR has provided Kuala Lumpur with identifying synergies between various stakeholders to help them leverage opportunities to foster cooperation as the government implements the SDGs. In the spirit of multi-stakeholder collaboration, the Kuala Lumpur SDGs roadmap was implemented last year. It was prepared with various stakeholders and key community players such as businesses, youths, marginalised communities, and of course, relevant government agencies. VNR and VLR are relatively new tools for Malaysia and Kuala Lumpur, yet he is confident that these tools would provide comprehensive action and multilevel SDGs governance.

Mr. Datuk Sri Mahadi Che Ngah also closes his speech by emphasising that Kuala Lumpur will continue to strengthen national and international collaboration for the localisation of SDGs, one of those collaborations is with UCLG ASPAC, among others mentioned. Kuala Lumpur is always committed to implementing and localising the SDGs, continuing to push a sustainable agenda for the benefit of citizens and “shaping sustainable, liveable, resilient, and inclusive Kuala Lumpur for all.”

The second panellist was Silvina Rivero, Minister of Coordination of the Government of the province of Córdoba, Argentina. Ms. Rivero gives an excellent example of how Córdoba province tries to work with various partners and other provinces. Ms Rivero also highlighted multilevel governance, enabling the province to connect with different sectors and diversify its partnerships. Provinces in Argentina have many diverse local governments and municipalities; hence this became a substantial challenge, and the function of multilevel governance became significant.

Luísa Salgueiro, Mayor of Matosinhos, Portugal, the third panellist, highlighted that coastal cities are crucial to being resilient and need to incorporate nature-based solutions to protect the coastal population and overall ecosystem. Matosinhos City, a few weeks prior, hosted a special event, a UN conference on “Localising Action for the Ocean: Local and Regional Governments”, in which the city exchanged good practices of SDG 14 implementation at the local level, which mainly discussed the protection of the ocean. Ms Salgueiro also underlined key takeaways:

All in all, these takeaways indicate that local communities of coastal cities depend directly on their ocean assets, and the blue economy is an extraordinary opportunity that can promote a sustainable environment.

From the institutional side, Ms. Victòria Alsina, Minister of Foreign Action and Open Government in Catalonia, Spain, highlighted SDG 16, which calls for accountable and inclusive institutions to be peaceful and inclusive societies, as public institutions need to be able to listen to the people, as well as the ability to capture collective intelligence surrounding their needs. It is challenging because people mean a lot of entities, companies, organisations, and citizens. With all the voices of the stakeholders involved, she explained the increased  capacity to move forward with the multilevel governance aspect as discussed. Example of a multilevel governance-inspired initiative was when Catalonia joined forces with various regions in the European Union to create a recovery union amidst the COVID-19 pandemic in Europe. Ms. Alsina stated that while democracy has many threats, and the only way to solve them is to put the best interests of civil society on top of everything.

Ms. Almudena Maíllo, Councillor, Madrid, Spain, emphasised the collaboration between 29 cities, and they worked together towards the SDGs with a focus on women, culture, and diversity aspects. Those cities were also talking about areas of collaboration with different sector levels. Ms. Maíllo highlighted that “the future” is something that they need to work together and it is crucial to enhance multilevel governance and local government to achieve sustainable development goals.

Mr. Nicolás Cuesta, Mayor of San Justo, Argentina, talked about the learning process and the importance of having a road map and manuals to achieve the SDGs in the city. It is crucial to bring SDGs to the whole mechanism of multilevel governance in cities and move rapidly in time to achieve the goals in 2030. It is therefore essential, and Mr Cuesta underlined that the city had put effort into city programmes and monitoring of SDGs through VLRs. Mr Cuesto also explained that action and commitment also need to be supported by additional funding from different levels of government to make the multilevel governance in practice more targeted and efficient.

While it is essential to have the technical ability and funding to localise the SDGs, Mr. Ville Taajamaa, UN Agenda 2030, City of Espoo, Finland, explained from different sides of approaches, where  it is all about dialogue regarding how to make engagement participation as inclusive as possible. Therefore, the creation of VLRs needs to be defined, and asked why is it essential to begin with, and where it all comes back to systemic, sustainable development. In fact, VLRs symbolised idea of “don’t go hunting alone”, which means that when you are together, voices are better heard. On top of that, he emphasised that there is no one-size-fits-all approach for cities, which is why peer-to-peer learning and sharing experiences need to be pushed forward as every city has its own characteristics, priorities, and uniqueness.

Moving to São Paulo, a State in Brazil with 46,6 million inhabitants, Mr. Affonso Massot, Executive Secretary of International Affairs of São Paulo, stated they are committed to the SDGs, raising resilience campaigns, and adhering to the Paris Agreement and its principles. The annual plan of the state is also linked to the SDGs. For example, the state of São Paulo created a commission to implement SDGs, thus improving multilevel collaboration and good governance. Mr. Affonso then reminded everyone how it is impossible to achieve this goal nationally without the collaboration and commitment of the subnational government. In this context, local reports are relevant as São Paulo’s policies strongly impact the country. The state also creates environmental agreements, deploys international relations strategies, and signs several MoUs with foreign partners to cooperate more with other sub-national governments, countries, and international organisations.

This session highlights the importance of multilevel governance and collaborations to achieve SDGs 2030. From speeches by the panellists, it was understood that local monitoring and reporting through Voluntary Local Review (VLR) and Voluntary Subnational Review (VSR) were considered both as the point of departure and arrival of the localisation process. As a result, we are to always be reminded that local governments play a vital role in the SDGs localisation process as the closest sphere of government to communities, considering how   the SDGs indicators need to be integrated into the local policy and local ability. The advanced collaboration between local government and counterparts, people, CSOs, and other stakeholders makes the efforts to achieve the SDGs 2030 more superior.

Enhancing the support given to cities and local governments to attain sustainable development, UCLG ASPAC has also encouraged and assisted cities and regional governments in the commitment of VLRs, VNRs and VSRs through various methods such advocacy, capacity building, advising and many more. In the spirit of collaboration, UCLG ASPAC also ensures that the voices or inputs of local governments are strongly reflected in the preparation and report by joining hands with stakeholders within its network. In fact, UCLG ASPAC has assisted the preparation of VLRs for some Asia Pacific cities such as Jakarta, Surabaya. View these reports here. 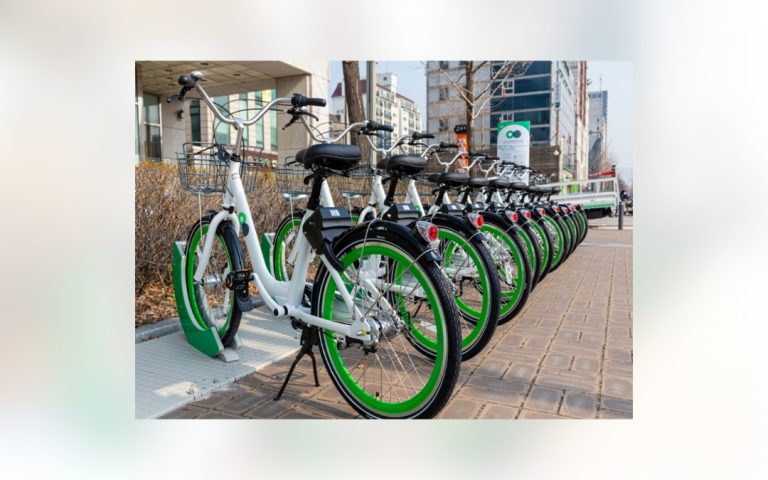 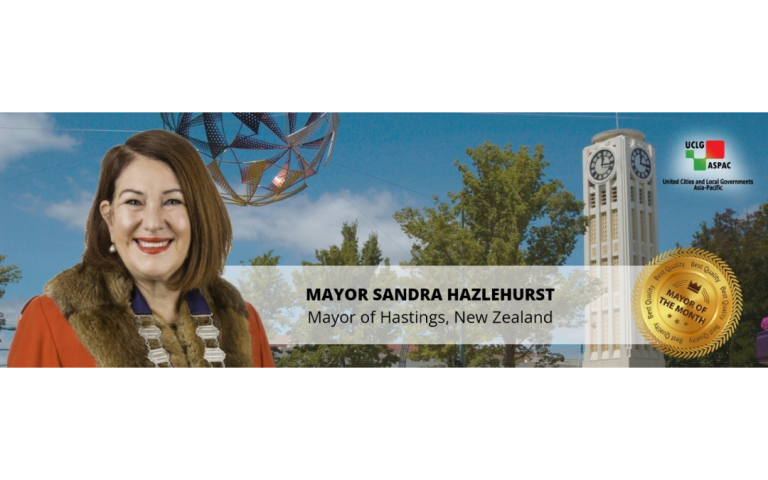 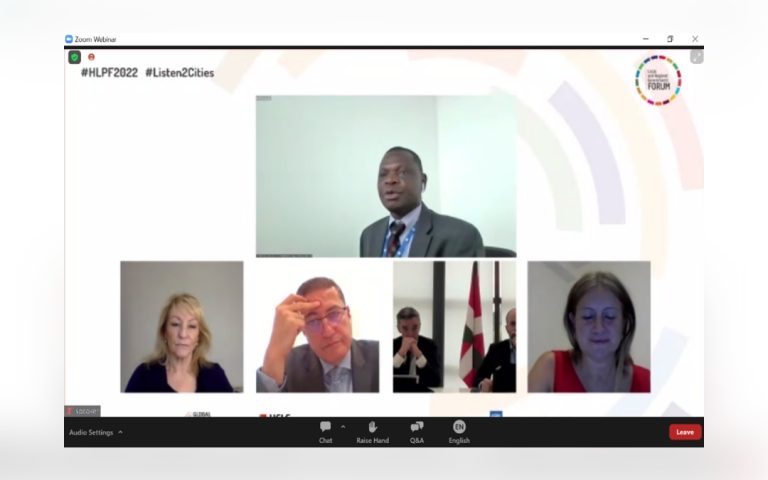 Voluntary Local Reviews and Voluntary Subnational Reviews: Key Policy Tools for the SDGs and part of the ‘Whole of Society’ Approach