Home » As China’s Belt and Road Initiative steams ahead in Africa, West plays catch up

As China’s Belt and Road Initiative steams ahead in Africa, West plays catch up 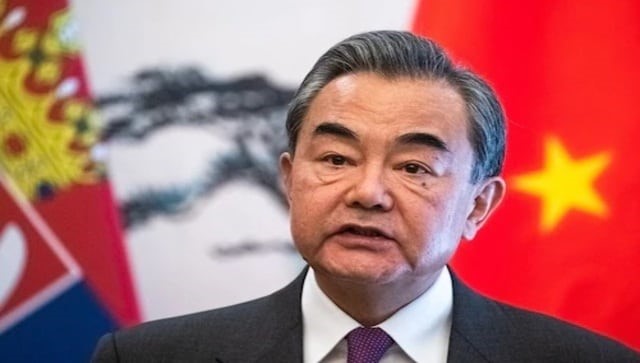 There is not much detail on the Build Back Better World initiative as it applies to Africa, but there certainly is a newfound Western interest in the continent because of heightened Chinese activities in the region.

On 19 July, Chinese Foreign Minister Wang Yi held bilateral talks with Algerian President Abdejmadjid Tebbouneand his Algerian counterpart Foreign Minister Ramtane Lamamra to discuss strengthening relations between the two countries. One of the key topics discussed was cooperation with regard to the Belt and Road Initiative (BRI); the two countries agreed to strengthen efforts in areas of the economy, trade, energy and infrastructure under the BRI framework.

This is only one of the latest developments that show how China continues to expand its footprint in Africa in line with its BRI objectives and its broader core national strategic objectives of becoming a great power by 2049. The BRI stands to be a central aspect of China’s global strategy and in the broader context of its relations with Africa – its “Go Global” (​​走出去战略) commercial strategy. While there are risks involved in China’s activities in Africa, the marginal influence of Western powers in the continent is only strengthening Africa’s partnership with China to meet the goals of BRI and the African Union’s Agenda 2063 in prioritising trade, investment and infrastructure – the underlying basis of their strategic partnership.

What are some of China’s recent investments in the continent?

Chinese state media reported that in Zambia, China has commissioned over three major infrastructure projects in the past few weeks. The Chinese government financed the Kafue Gorge Lower hydropower station in the Southern district of Chikankata. Then, last month, China commissioned two international airports in the country. In terms of railways, China has funded the Tanzania Zambia Railway Authority (TAZRA) railway line that connects Zambia to Tanzania. Finally, China has also constructed two modern stadiums and a hospital in addition to other projects. Beijing has expressed its willingness to continue assisting with development in the Southern nation and the latter seem to be appreciative of China’s infrastructure financing in improving its country’s development.

Meanwhile in Ethiopia, China has financed the Aysha wind power project under the BRI scheme which stands 75 percent completed as of July. It is expected to be completed by the end of 2022 and the project is contracted by a Chengdu-based state-owned enterprise named Dongfang Electric. The project solely aims to increase green energy levels and boost the national energy output of Ethiopia. It will also provide electricity for industrial parks along the Ethiopia-Djibouti economic corridor and the Addis Ababa-Djibouti railway.

In Ghana, the scale of Chinese-funded projects has been rapidly rising over the last two decades. China’s most significant investment in the region was the construction of the 400 megawatt Bui Dam in 2013. Now, Beijing is the primary source of Foreign Direct Investment (FDI) in the country. In 2018 Ghana negotiated a $2 billion deal to allow China’s Sinohydro Corporation to invest in infrastructure in exchange for access to precious elements, namely bauxite. Apart from financing ports, roads and railways, China is also making its way in building telecom infrastructure in the continent. A recent example is the opening of a national data centre in the Western African nation of Senegal on 22 June. The Export-Import Bank of China financed the centre with technical backing from Huawei, responsible for about 50% of Africa’s 3G networks and 70% of its 4G networks.

Apart from these, there are various other projects in the works that China is funding. According to an official Chinese data source, as of January 2021, about 140 countries joined the BRI, out of which 40 are in Sub-Saharan Africa. But with China’s deepening presence in the region, there are several risks it faces as well.

What are some broad risks facing BRI investments in Africa?

​One of the critical risks facing Chinese BRI investments in Africa is the violation of human rights. According to a report published in August by the Business & Human Rights Resource Centre, a London-based nonprofit, Africa has the second-highest number of allegations of human rights abuses, with 26.7 percent of the claims recorded against Chinese companies operating from abroad between 2013-2020. The most frequent issues related to “loss of livelihood, environmental impact assessment (EIA) and labour issue” were seen mainly in Uganda, Kenya, Zimbabwe and the Democratic Republic of Congo (DRC). China has tried to implement safeguarding policies still. But, the pressure will increase as many of the abuses are now being highlighted on social media – particularly in Zimbabwe, where the Zimbabwe Congress of Trade Unions (ZCTU) has resorted to online media campaigns on the issue.

The environmental threat is also a cause of concern, like in Sierra Leone, where the Chinese-funded project at Black Johnson beach is causing alarm for locals who fear the impacts on their tourism industry.

​Another risk is the possible use of BRI investments for geopolitical or geostrategic gains. The construction of a Chinese military base in Djibouti has sparked concerns in the continent about China’s plans over its infrastructure investments in the future. China could set up another possible military base in Walvis Bay in Namibia. In 2019, Chinese news outlet Global Times had reported that China Harbour aims to turn the bay into an international logistics hub, hinting at its intentions behind the development. But expanding maritime cooperation with Africa in port infrastructure construction is vital for China’s larger geopolitical and economic strategy.

It views deepening trade links along the BRI corridor as essential for its domestic and international policies. China also feels the need to protect its citizens working on BRI projects across Africa, close to 300,000. China’s need for oil and mineral resources from African countries and the access to markets to sell its products is another plus point for Chinese firms looking to gain experience using Africa as space and increasing their opportunities for domestic employment in the region.

Response from other countries

As a result of Beijing’s permeating influence throughout the African continent, many major powers like the US and India are trying to step up their reach in the region. India is attempting to establish its role as a green energy provider with the state-run National Thermal Power Corporation (NTPC ) Limited securing project contracts in Cuba, Malawi and Niger to meet electricity demands. India has the advantage of securing contracts in the region due to its membership in the International Solar Alliance (ISA).

Similarly, the US and all G7 countries launched the Build Back Better World (B3W) partnership back in June to meet the infrastructure needs in low and middle-income countries, particularly in Africa. While there is not much detail on the initiative’s scope, it indicates a newfound Western interest in Africa, owing to the massive presence of Chinese activities in the region.

However, it is doubtful how successful attempts by other powers can be in playing a more prominent role in African affairs, considering its long-time neglect towards the continent. While there are many dangers attached to China’s BRI, one cannot ignore the prosperity it will bring to the continent. It is a two-way relationship, and both countries are essential for each other’s foreign policy objectives. Irrespective of the BRI, China has expressed its willingness to support economic growth in Africa through infrastructure development, and the China-Africa relationship has only strengthened political and economic engagement between the two countries. More than that, Africa is still willing to work with China compared to the West as they fear working with the latter will yield no results and a high percentage of loans and debt.