Why China’s vaccine diplomacy is winning 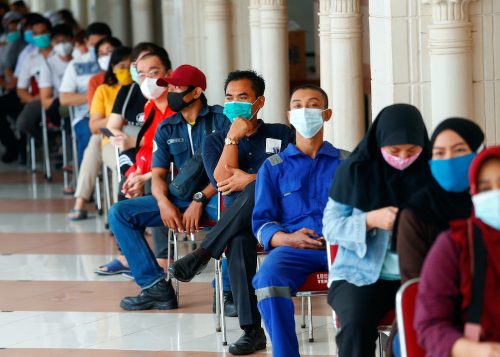 Chinese COVID-19 vaccines have been shipped to more than 80 countries for market or emergency use. Among them, 53 countries received vaccines for free (including developing countries in Africa and some strategically important Asian countries such as the Philippines and Pakistan) and 27 middle-income countries paid for doses. Rolling out of vaccines to developing countries, Beijing has framed itself as a solution to the pandemic rather than the origin of the coronavirus.

China’s advanced vaccine diplomacy stands in contrast to the ‘me first policies’ of the United States and the European Union. With a shortfall in supplies, US and EU leaders have faced high infection rates and death tolls at home and feel the need to inoculate their domestic populations first. This has left the world’s poorest and most vulnerable people without vaccine supply and at risk. China has not faced these problems and can afford to send vaccines abroad.

Many countries would prefer US or EU-made Pfizer and Moderna vaccines over China’s vaccines if given the choice, yet they cannot access them. These countries are desperate and have jumped at the opportunity to receive Chinese vaccines.

Chinese companies are also more willing than their western counterparts to strike licensing deals to produce vaccines in foreign countries. For example, Indonesia has become a regional hub for Sinovac’s CoronaVac through its state pharmaceuticals company Bio Farma. The United Arab Emirates (UAE) chose Sinopharm because it was willing to conduct phase three clinical trials in the UAE and build native vaccine production capabilities. Sinopharm also arranged to manufacture its vaccine in the UAE for regional distribution.

Beijing’s vaccine diplomacy involves propaganda to boost perceptions of China as a generous and responsible power. Chinese media has covered every delivery of vaccine shipment. The scene is set by a standard script. When a cargo plane lands, it is greeted by senior local leaders accompanied by Chinese ambassadors fawning over the vaccine cargo.

Vaccine diplomacy has helped increase China’s influence and enabled it to capitalise on new opportunities. China has rolled vaccines out to participants of its Belt and Road Initiative (BRI) and enhanced preferential access to jabs alongside investments in infrastructure and connectivity projects. According to an April Think Global Health report, of the 56 countries to which China pledged doses, all but one were participants in its BRI.

Naming it the Health Silk Road, vaccine diplomacy has provided a foothold for China’s pharmaceutical industry that has been plagued by scandals and low levels of trust at home and abroad. Making Sinovac and Sinopharm household names in foreign countries, China may change these perceptions.

Although Chinese vaccine makers were among the earliest in the world to begin clinical trials and self-reported some key results, many have not published complete data in peer-reviewed journals. This has fuelled scepticism about their safety and effectiveness. Gao Fu, director of China’s Centre for Disease Control and Prevention, noted in April that Chinese vaccines were not as effective as hoped and mixing them was among the strategies being considered to boost their effectiveness.

Some countries have been reluctant to greenlight Chinese vaccines. Singapore received its first shipment of Sinovac vaccines in February, but Singaporean regulators have not approved its use, moving ahead with using Pfizer and Moderna vaccines. Polish President Andrzej Duda spoke with President Xi about buying Chinese jabs in March. Yet Poland’s health authorities have recommended against using Chinese vaccines because of a lack of data.

Concerns have also arisen about whether China’s production capacity is able to keep pace with an ever-expanding list of overseas customers and its domestic vaccination campaign. The Turkish government ordered 20 million doses of China’s Sinovac vaccine. But delayed shipments forced the government to repeatedly revise its vaccination timetable. Egypt purchased a total of 40 million doses of the vaccine from Sinopharm in January but had received only a tiny percentage of its vaccine order from China by the middle of April. This tension will intensify as China’s domestic demand for vaccines increases.

China has continued with vaccine diplomacy in the absence of the United States and other Western countries. These countries should compete and cooperate with China to overcome bottlenecks in the global distribution of vaccines and ensure that all nations, particularly developing countries, receive the vaccines they need to finally beat COVID-19.

Suisheng Zhao is Professor and Director of the Center for China–US Cooperation at the Josef Korbel School of International Studies, University of Denver. He is Editor-in Chief of The Journal of Contemperary China.