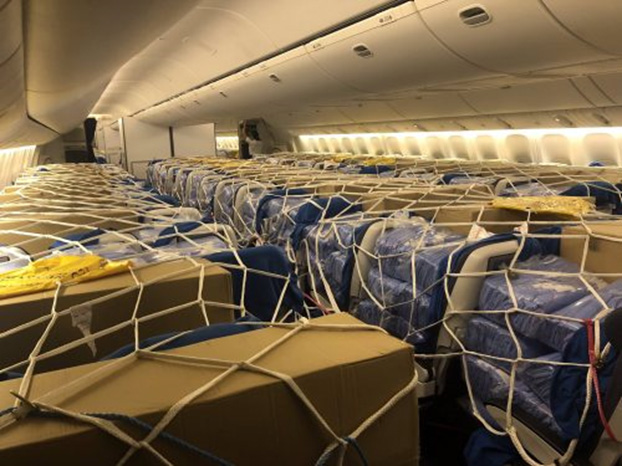 China’s Health Silk Road (HSR) first appeared in a speech given by Chinese President Xi Jinping in 2016 in Uzbekistan. But the concept can be traced back to a document prepared by China’s health authorities in 2015. The document laid out a three-year proposal (2015–2017) to promote the Belt and Road Initiative (BRI) through cooperation in the healthcare sector.

At the first BRI Forum in 2017, a ‘Beijing Communique of the Belt and Road Health Cooperation and Health Silk Road’ was signed by China, the World Health Organization (WHO), UNAIDS and 30 countries. A closer look at the Communique suggests that it shared many similarities with the 2015 document.

According to these documents, the main ideas behind the HSR are: organising high-level regional forums for health officials, establishing a Belt and Road Public Health Network for coordinated reactions to public health emergencies, and capacity building and professional training.

The documents also emphasise cooperation — for example in the monitoring, control and prevention of infectious diseases — between medical science professions in research and development and in the use of traditional medicine. Other objectives include medical aid and donations, exchanges and mutual learning between different national healthcare systems, maternal and child health projects, trade and investment in the healthcare industry, and standardisation of health and drug access.

Before the outbreak of COVID-19, the HSR was quietly progressing in some of these areas of cooperation, albeit unevenly.

As is the case with many projects in the BRI, some of these projects predated the conception of the HSR but were all eventually absorbed into it.

The COVID-19 pandemic makes the HSR more relevant. China is facing intense international scrutiny for its initial inadequate handling of COVID-19. But after mostly containing the spread of the coronavirus in early March 2020, China is now actively exercising ‘medical diplomacy’.

China implemented a unique system of ‘a province for a country’, in which a province is responsible for providing both material medical assistance (masks and protective gears) and health experts to a paired country. Since March, China has shipped out billions of masks and millions of pieces of protective gear, though the rushed production resulted in some sub-standard products that Western media were quick to highlight.

In a somewhat low-profile manner, Chinese officials and media have slowly raised the idea of the HSR amid the ongoing outbreak.

President Xi spoke of the concept with Italian Prime Minister Giuseppe Conte on 16 March 2020. On 24 March, a People’s Daily commentary elevated the HSR as a new platform for BRI cooperation and for contributing to global health governance. On 24 April, the Beijing-based Belt and Road Think Tank Alliance organised the first online forum on the HSR, where more than 30 scholars and retired foreign statesmen participated. Song Tao, the head of the International Department of the Chinese Communist Party, gave the opening speech to the forum.

Some Chinese commentators are already packaging China’s ‘medical diplomacy’ activities during the pandemic under the rubric of the HSR.

These are signs that Beijing will slowly and carefully redirect the HSR as a mainstay of the BRI after the COVID-19 outbreak. Just like the BRI, a highly adaptive venture without a detailed blueprint, the HSR will be strong on rhetoric, the substance of which will be based on the concrete implementation of projects.

With this overarching concept, China is repositioning itself as a responsible leader in global health governance and aims to ‘redeem its national reputation’. Yet China is also aware that this is not the right time to push the concept aggressively, especially in the developed world. To Beijing’s dismay, the pandemic is accelerating the deterioration of its relationships with most Western countries.

In contrast, the target audience of the HSR is more likely to be the developing world, where there is generally less ideological scrutiny of the early performance of the Chinese government during the outbreak.

Regardless of misgivings, China is now positioned to offer substantive assistance. Many developed countries are currently suffering from the pandemic, due in no small part to the poor performance of their own governments. The pandemic is also exposing the weaknesses of healthcare infrastructure in many developing countries and the HSR has the potential to help address some of these weaknesses.

But the HSR is not immune to geopolitical competition. The US State Department just launched the US–ASEAN Health Futures initiative to compete with China in Southeast Asia. Southeast Asian (and developing countries in general) do not want to sign up for one initiative to the exclusion of another. Both initiatives should and can be equally welcomed on their own merit.

Both the United States and China have their own respective strengths to offer to the developing world. The major powers must resist treating international healthcare cooperation as a zero-sum game, as they often do in other spheres of rivalry.

Dr Ngeow Chow Bing is Director of the Institute of China Studies at The University of Malaya.

This article is part of an EAF special feature series on the novel coronavirus crisis and its impact. This article retrieved from: https://www.eastasiaforum.org/2020/05/26/covid-19-speeds-up-chinas-health-silk-road/, 4:25 PM Jakarta Time.