Home » Coronavirus threatens China’s Belt and Road. What happens when it wants half a trillion dollars back?

Coronavirus threatens China’s Belt and Road. What happens when it wants half a trillion dollars back? 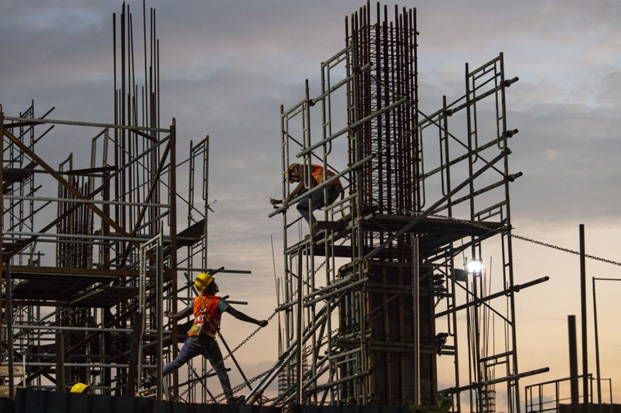 NAIROBI, Kenya — When Chinese engineers flew home in January for the Lunar New Year, few in Africa would have imagined that a coronavirus outbreak was about to ground planes, upend supply lines and freeze work on dozens of Chinese-built roads, railways, ports and power stations.

Many of the engineers haven’t returned. Construction sites fell silent. And now the COVID-19 pandemic has unleashed a global recession that threatens the colossal international loan program that is a symbol of China’s growing prestige and a centerpiece of President Xi Jinping’s reign.

The Belt and Road Initiative — China’s effort to finance nearly half a trillion dollars in new infrastructure across Asia, Africa, Europe and Latin America — took flight during a period of global expansion and easy travel that has now slammed into a sober reckoning.

No major contracts have been canceled due to the pandemic, and the initiative is too important to Xi to be shelved. But seven years after the Chinese leader unveiled his vision of a modern Silk Road connecting continents, the future of travel and trade is uncertain. Analysts say the most ambitious international building spree since the Marshall Plan could be scaled down and refocused toward safer investments.

“The ultimate test of the BRI was always going to come when the global economy became less forgiving, and we’re in that environment now,” said Jonathan Hillman, senior fellow at the Center for Strategic and International Studies in Washington.

“The rest of this year and beyond, China may spend more time renegotiating deals than negotiating new deals.”

Beijing insists that the initiative remains on track and that “there is a solid foundation and great potential for further cooperation” with Belt and Road partners, according to a report in state media last week. Over the past decade, China became the world’s biggest development financier as state-owned banks backed costly building projects in risky markets — expanding Beijing’s influence and creating new opportunities for its companies. According to one estimate, African nations alone owe China $145 billion, with $8 billion in payments due this year.

Beijing has remained noncommittal as governments from Ghana to Pakistan publicly ask China to freeze loan payments. After signing on to a pledge by the Group of 20 rich economies to cease collecting interest from poor countries for the rest of the year, Chinese state media clarified that many large Belt and Road loans were “not applicable for debt relief.”

China has instead begun to quietly offer refinancing options to individual countries, continuing a practice of secretive negotiations that have obscured the terms of most of its lending. One country Beijing has approached is the Maldives, an Indian Ocean archipelago that has struggled to keep up with payments on $3 billion in Chinese loans secured by a former president now imprisoned for money laundering.

“This is an economic shock that has been in part induced by China’s own handling of the virus, so countries clearly have the expectation that China has to do something,” said Andrew Small, a senior transatlantic fellow at the German Marshall Fund of the United States. “But China wants to keep negotiating bilaterally, where they have more leverage.”

The refrain from borrowers to China has been consistent: We can’t pay you back.

“To be honest, no one at this stage can afford paying anything due to the crisis,” the finance minister of the African nation of Djibouti, Ilyas Moussa Dawaleh, said in an interview. “We have so many other urgent issues to deal with.”

Over the past decade, Djibouti, strategically located at the mouth of the Red Sea, has taken on $1.2 billion in loans from China to finance a free trade zone, deep-sea port, railway and water pipeline to Ethiopia and other projects. Djibouti’s total debt to China now exceeds 80% of its entire economic output, the most of any low-income country, according to the Center for Global Development, a Washington think tank.

Dawaleh said China — which has also built its only overseas military base in Djibouti, less than 10 miles from the main U.S. military installation in Africa — has yet to offer to renegotiate loan terms.

“To be honest,” he said, debt relief “should be something considered from China, too.”

African nations are at particular risk of default, said Eric Olander, managing editor of the China Africa Project, an independent website. Ethiopia, South Africa and Kenya have all had their credit downgraded, making it harder for those governments to borrow more to get through the recession.

“There isn’t very much time left before the situation for some of Africa’s largest and most important economies goes from bad to a lot worse,” Olander said.

China, which has rejected criticism that its early handling of the outbreak helped the virus spread, is trying to fight the perception that it would take advantage of vulnerable debtors in the middle of a pandemic.

The Trump administration and other critics have denounced China for “debt-trap” contracts that sometimes require borrowers to put up ports, copper mines or other assets as collateral. Many Chinese have also begun to grumble about the vast sums being invested abroad despite economic troubles at home.

In recent years China renegotiated several deals, shrinking the cost of a railway line in Malaysia by one-third and a port in Myanmar by more than 80%. Last year, Xi unveiled a more modest vision for the Belt and Road, one with higher standards of economic sustainability, transparency and environmental protection.

“China will consider ways of relieving the debt burden,” said Tang Xiaoyang, deputy director of the Carnegie-Tsinghua Center for Global Policy in Beijing. “It may not be debt cancellation. But there will be a method to reduce the payment burden so that borrowing countries may recover more quickly.” In the meantime, China has begun emphasizing healthcare initiatives, projecting itself as a humanitarian leader that vanquished COVID-19. Xi has pledged $2 billion to help battle the pandemic, but China’s efforts to supply the world with medical equipment have been marred by flaws in its test kits.

Xi has also touted China’s ability to build digital infrastructure, including ultra-fast 5G internet technology and apps that could help respond to outbreaks. Products built by Chinese tech companies usually come with fewer privacy protections than those of their Western counterparts, but have found their way into Belt and Road countries.

Pakistan last month asked China for an extension on payments connected to $30 billion in loans for energy projects, most of which are beset by delays. Meanwhile, Huawei — the Chinese tech giant that the Trump administration accuses of being a backdoor for espionage — built a cross-border fiber optic cable deep into Pakistan in less than two years for under $50 million.

“We will definitely see a bigger emphasis on digital infrastructure,” Hillman said. “Telecommunications projects cost less and are less risky on both sides. They’re easier to complete. And they require fewer workers, in an environment where there was a resentment of Chinese workers even before the pandemic.”

The U.S. attempted to counter Belt and Road last year by launching the International Development Finance Corp., which recently announced its first $900 million in financing. But the program “will likely struggle in the new coronavirus environment in which U.S. attention is focused on resolving the crisis instead of competing with China’s BRI,” said Derek Grossman, a senior defense analyst at the Rand Corp.

In Asian countries with closer links to China, some Belt and Road projects have continued despite the pandemic.

This month, Indonesian crews completed a tunnel along a $6-billion high-speed railway line, with some of the work supervised remotely by Chinese engineers using video chat. A $6-billion railway in Laos has remained on schedule after Chinese supervisors recruited local university graduates to help with construction.

Sri Lanka, which banned international flights in early April, has begun to allow Chinese engineers in to resume work on Port City Colombo, a new business district rising on reclaimed land in the capital, backed by $1.4 billion in Chinese money.

The island nation is Exhibit A for Belt and Road debt, having signed over control of a port to China on a 99-year lease when it couldn’t make interest payments. But the government recently took out more than $500 million in emergency loans from Beijing to fill a budget shortfall.

“After this coronavirus, Chinese involvement in Sri Lanka will be even more,” said Rohan Karunaratne, president of a Sri Lankan construction industry group.

“During the COVID period, both countries worked together very well. We will need investment, and China has always helped us in the past.”

In Africa, too, analysts say the recession could drive countries closer to Beijing. W. Gyude Moore, a senior policy fellow at the Center for Global Development, said African governments explicitly haven’t asked China to cancel their debts because they hope to leave that funding channel open.

“Access to finance is going to be really, really hard,” Moore said. “And one of the few places where Africans might be able to turn for financing for infrastructure and other things will be China.”