Based on the constitution of the organization, UCLG ASPAC consists of five principal organs

The Regional Council is the principal policy-making body of the Section. It decides the Section’s policies in a collegial way and ensures that general policies decided by the Regional General Assembly are implemented. 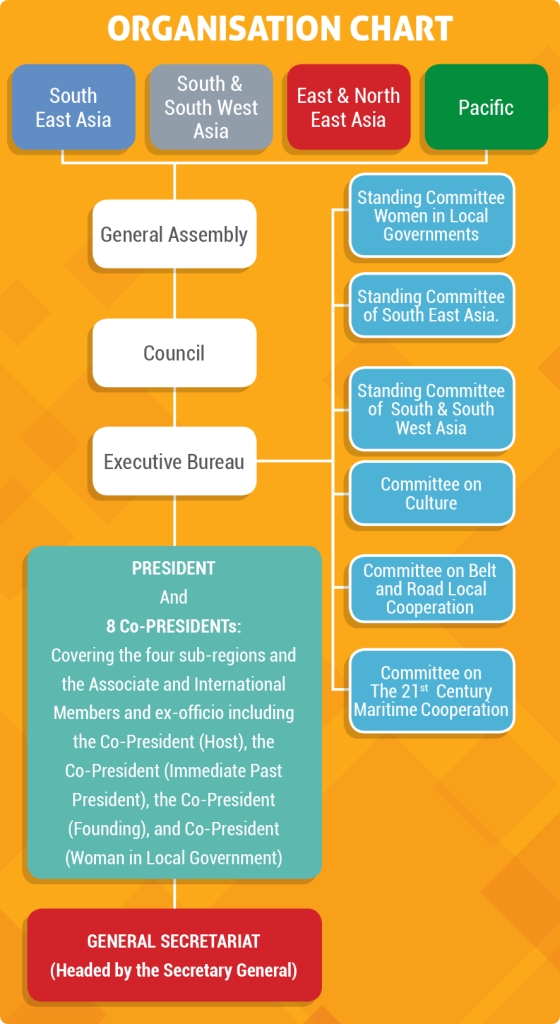 The Presidency, comprising the President and six Co-Presidents, is elected by the Regional Council from among local government members representing the different sub-regions, for a renewable term between two ordinary sessions of the Regional General Assembly. The Presidency represents the four sub-regions as well as associate and international members and includes the Co-President (from the host city of the Secretariat) and the Founding President.

Note: To ensure the women representation in the Presidency, the Chair of the Women in Local Governments Standing Committee becomes the Co-President